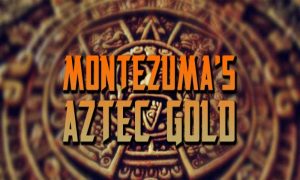 The Montezuma’s Treasure Utah is lost treasure hidden by the Aztecs in the 1500’s. Many stories are passed around on how and where the treasure is hidden. Montezuma was the king of the Aztec empire in Mexico city until defeated by the Spanish Conquistadors. During this time of the defeat it is said that Montezuma told everybody in the area to hide their gold from the Spanish.

Many believe that the treasures were taken to the Untied States in southern Utah. The treasure is said to be hidden in a lake, in a town called Kanab. The lake is owned by The Lone Child’s family and since then they have been looking for the gold. Many attempts have been made to enter the cavern in the lake where the gold is hidden.

Divers, drills and other methods where used to enter the cavern, but with each attempt came a haunting experience. Divers that tried to go down in the lake said to experience ghost choking them and feeling very uncomfortable and unable to continue. This is said to be the curse of Montezuma. An attempt made by a well driller was even more tragic. When drilling from the top of the cavern they broke though and when pulling back up the drill they had gold flakes along with the dirt. According to the Lon’s Child family later on that night the well driller had a heartache and died. Strangely his wife died three week later. 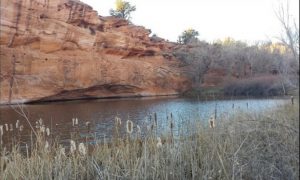 Attempts have been made to drain the lake but the US government have stopped these attempts due to an endangered species living in the lake called the amber snail. Oddly enough the amber snail is actually an animal from Mexico City and symbolizes the Aztec empire. It could be a coincidence that the snail is there in the lake. Nobody will ever know until the Montezuma’s Treasure Utah which is $3 billion dollars is found.