We all enjoy the idea of an open mine full of gold sitting out there waiting for us to walk in and load up.  However, prospectors have searched for these mines since the early 1900’s without success. Lost Gold Mines Or Mines Claimed By The Government?

There are some harsh realities many should consider and those who want to hang on to hope will quickly dismiss.  Though there was once plenty of gold in these mines, all is likely long gone and the mines have been filled to cover up the locations.

Take these two mines for example, the Lost Dutchman’s mine and the Lost Rhoades mines.  Before anyone should go out treasure hunting, investing their money into a chance of a big treasure, the first question is,” does this treasure still exist?”

Both of these mine stories originate in the 1850-60’s.  It was at this time the Rhodes and Waltz family started harvesting gold and people started to take notice by the 70’s and 80’s.  In both cases, the mines became harder to access by the end of the 1800’s. 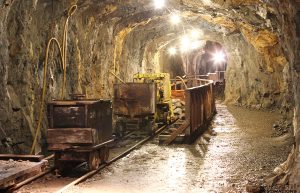 In Caleb Rhoades case, the land was a reserve and he offered to pay off the national debt if the government would let him mine it.  Not only would the government not allow it but they sent prospectors to see if they could get Rhoades to show them where the mines were.  History does not show any further large sums of gold coming out of the area and the the land was converted to Forestry land 3 years after Rhoades death.

The late 1800’s are not much different than today, extreme wealth means extreme power.  If one were to find a trillion dollars in gold, they would single handedly alter the balance of power in the US.

The governments acquisition of lands rich with gold began with President Cleveland in 1894, then Mckinnely.  These two president realized the importance of the government controlling land known to be rich with gold.

It wasn’t until 1901, Theodore Rosevelt converted the lands from reserves to National Forrest in an effort to “protect mineral rights for the PUBLIC.” When you consider the National Forrest claimed by the government in the early 1900’s and density of which these lands sit on gold faults, it is not hard to see their intentions. 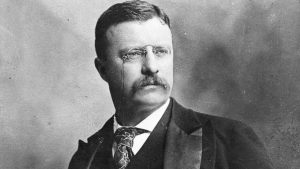 Forestry land through out the US can not be mined and in most cases, a metal detector can not be used without special permission.

We now live in an age with google earth, drones, and personal avionics.  Yet we can not locate mines that people on horse back seemed to find without a problem.  If you believe in government conspiracy’s on any level, you must consider the likely hood due to the evidence, the government took control of the land, harvested the gold, and filled the mines.  Thats why they can not be found.

Coupled with the fact this was the time period politicians got rich on things like this.  Social media did not exist and they could take portions of the gold for themselves.  Thats about the best motivator anyone could think of.

It is for these reasons Treasure Tracers team will not look for lost mines that are now on government property.  Some of the smartest men in history ran our country.  Yet this would be a common sense move for the ordinary person.