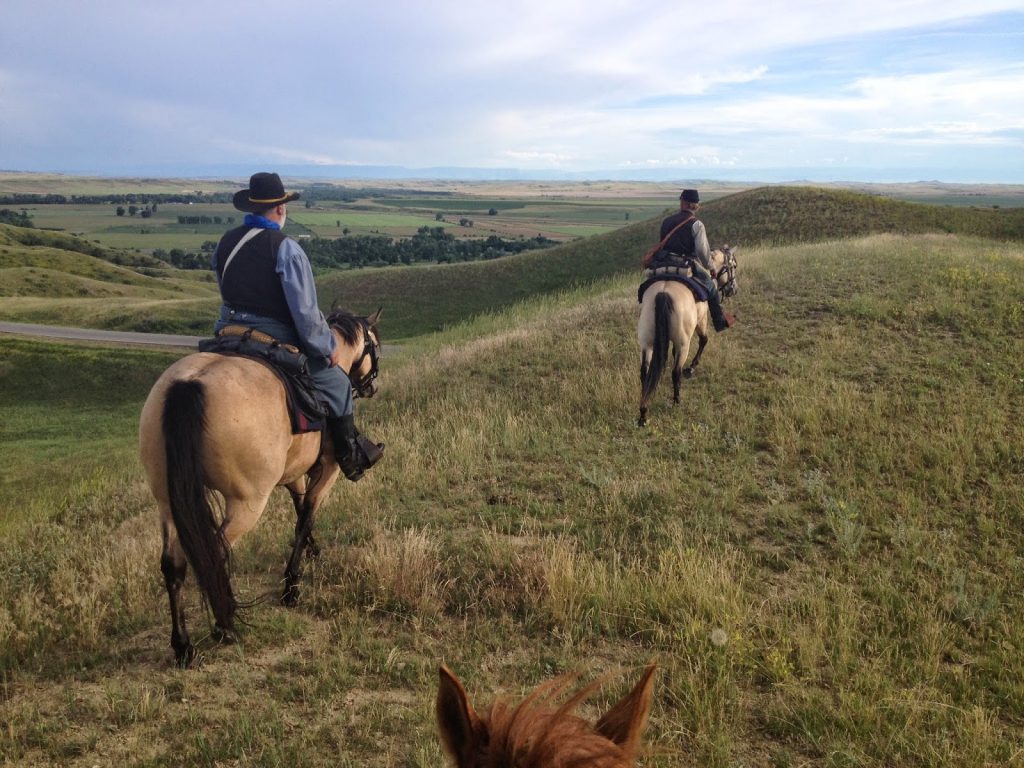 Most people are familiar with story of General George Armstrong Custer, particularly his last battle. Custer and the 7th Cavalry attacked a mixed camp of Lakota, Cheyenne and Arapaho on the shores of the Little Bighorn River.

Instead of waiting for reinforcements or even scouting reports on the exact size of the natives’ camp, Custer decided to attack the village anyway. Military strategists call such a daring move a “really bad idea” and the battle went pretty much as expected, given the lopsided numbers.

It’s at this somewhat unlikely place in history that our tale of lost treasure begins. What’s peculiar about this story is that there are two versions, both of which align with the historical record and both in basic agreement on most of the details. Where they differ is in the exact origin of the lost treasure Little Bighorn.

Once there, Marsh was to guide his boat a few miles upriver to rendezvous with General Alfred Terry and provide supplies for his troops.

Before the Far West could get there, Captain Marsh got word about the massacre of Custer and his men. Along with an urgent request for the Far West to take on the wounded and transport them to Fort Lincoln near Bismarck.

The Murky Origins of a Treasure

This is where the stories of the treasure on board the Far West differ somewhat. According to one account, gold bars worth $375,000 were already aboard the Far West, due to be delivered to Bismarck later on during the journey.

In a different version, Captain Marsh was hailed from shore by three men on the same day Custer was killed. They were carrying a shipment of gold nuggets from Bozeman, Montana, to Bismarck, North Dakota.

They were wisely concerned about hostile natives in the area and asked Captain Marsh to deliver the gold for them, so they could head off in a safer direction. 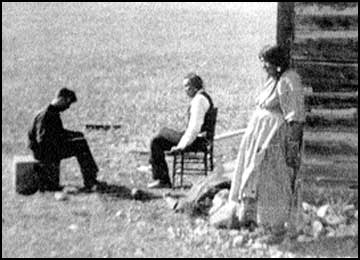 Other than the exact origin of the gold, all the accounts agree that the Far West was carrying a fortune in gold when Captain Marsh got word of the massacre and they would have to divert to pick up wounded.

There is also some disagreement how the gold got off the Far West, but in both accounts Captain Marsh and the Far West picked up fifty-one wounded. The Far West was overloaded and vulnerable to attack if she got stuck with a load of injured soldiers.

To make the trip to Bismarck, the Far West also had to take on more firewood to service its steam boiler for the long trek to Fort Lincoln. It makes more sense when you realize that steamboats like the Far West only drafted around thirty inches.

Some of the shoals and rapids in the river were shallow and such a boat might pass over with a light load but get stuck when fully loaded. Captain Marsh was carrying fifty-one extra bodies and stacks of firewood, and gold is heavy.

Either over concerns about weight or losing the gold to an attack, Captain Marsh decided to bury the treasure onshore and come back to retrieve it later. Accounts also differ on the exact location of the gold, but the two alleged burial sites are quite close to one another, with on the Crow Reservation in Montana.

What is inarguable historical fact is that Captain Marsh and the Far West navigated 740 miles to Fort Lincoln in just fifty-four hours, setting a steamboat river travel record that stands to this day.

According to legend Captain Marsh made a return trip to recover the gold, docking the Far West in the exact spot where they offloaded the gold. Somewhere in the intervening time rains had caused a mudslide in the place where the gold was buried. Despite days of digging, the gold could not be located.

What we know for sure is that Captain Marsh and Far West were real and their heroic effort to transport the wounded to Bismarck undoubtedly saved lives.

The lost treasure Little Bighorn, while certainly plausible both in quantity and disposal, has been as firmly established. Like many of our treasure tales, the truth will likely remain hidden for a very long time—or it could turn up tomorrow.