Treasure hunters have been searching for years for the Merchant Royal, also known as the “Eldorado of the Sea.” This British sailing ship that went down near the Isles of Scilly during a violent storm in 1641 is believed to be loaded down with unimaginable riches.

As one of the more well known shipwrecks, under-the-sea hunters have invested years into seeking out the location of this near 400-year-old wreckage. According to historians, the Merchant Royal’s treasure includes “gold, silver, and bullion estimated to be worth hundreds of millions in today’s prices.” Some believe its worth could surpass $2 billion

This great treasure is still waiting to be discovered. It was the British ship named Merchant Royal. The weather was very bad, and the ship sank near the south coast of England.

The ship carried an incredible treasure: more than 37,000 pounds of gold, about 500,000 pieces of silver, and about 400 Mexican silver coins. Compared to today’s prices, the mentioned 37,000 kilograms of gold alone could be worth nearly two billion dollar, not counting the silver.

The ship was sunk near Land’s End, which is the most westerly point of England. Land’s End is a holiday complex in Cornwall. The ship was sailing from the Spanish port of Cadiz to Antwerp, carrying a reward for the soldiers who were fighting there for Spain. 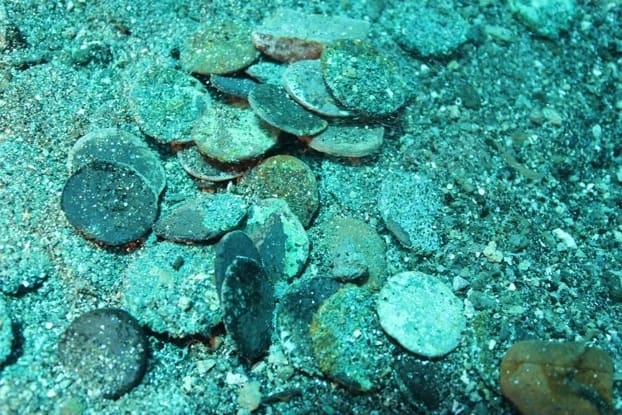 It was quite damaged and was leaking water. The pumps stopped working, and the weather was very bad. The ship began to sink. 18 people died, while 40 were rescued. Of course, gold was too heavy, and remained in the ship.

Odyssey Marine Exploration company organized an operation in 2007, its goal to find the treasure. They haven’t found the wreck of the Merchant Royal, but removed the treasure from the Spanish ship Nuestra Señora de las Mercedes (Our Lady of Mercy), worth about 500 million dollars.