The Golden Owl France is a treasure hidden in France around 1993. It is a Relic made of pure gold. Regis Hauser or better known as Max Valentin hid this treasure in hope that a treasure hunter would find it one day.

Valentin released a book the same year he hid the treasure called “On The Trail Of The Golden Owl“. 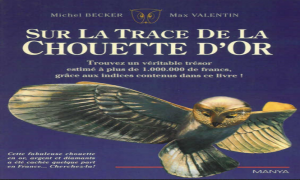 This book contains eleven riddles that give you hints where to start and end. Several of the riddles have already been solved but the ones that are most important and have the most information and have not been solved.

Whoever solves those riddles are promised to find it and win the grand prize of one Million dollars and also the ownership of the owl which a legal protector holds and is estimated to cost $175,000 dollars.

After the book was released he gave out other clues of where the final burial location of the Golden Owl is and that is at least buried 62 miles inland. 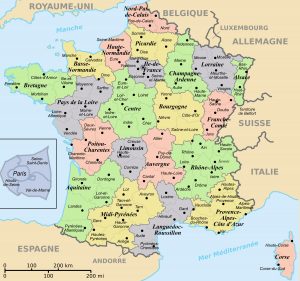 The Golden Owl France can be found by experts or just someone who is looking for a challenging quest. According to Hauser the hunt has gone on for to long.

He expected it to be found in 4 months to a year. Since the hunt lasted so long Hauser opened up a server for the public to ask him questions. With nearly 100,000 questions answered the Golden Owl has still not been found.

Unfortunately Hauser closed the server and stopped answering questions due to to many answered.  Hauser Died in 2009 without revealing where the Golden Owl is. Before his death he confirmed that there are are three techniques used to solve the riddle. The first being the use of maps, second being there is a certain key to solve the final riddle. The last being there is a hidden riddle that completes the game.

Before he died he also checked if the Golden Owl was still there or not. When he checked for the treasure, dirt marks where close to the location of the owl. Not knowing if it was a animal or a human, people are getting close but since his death the hunt has died off slowly without any trace of anyone bringing it back up.