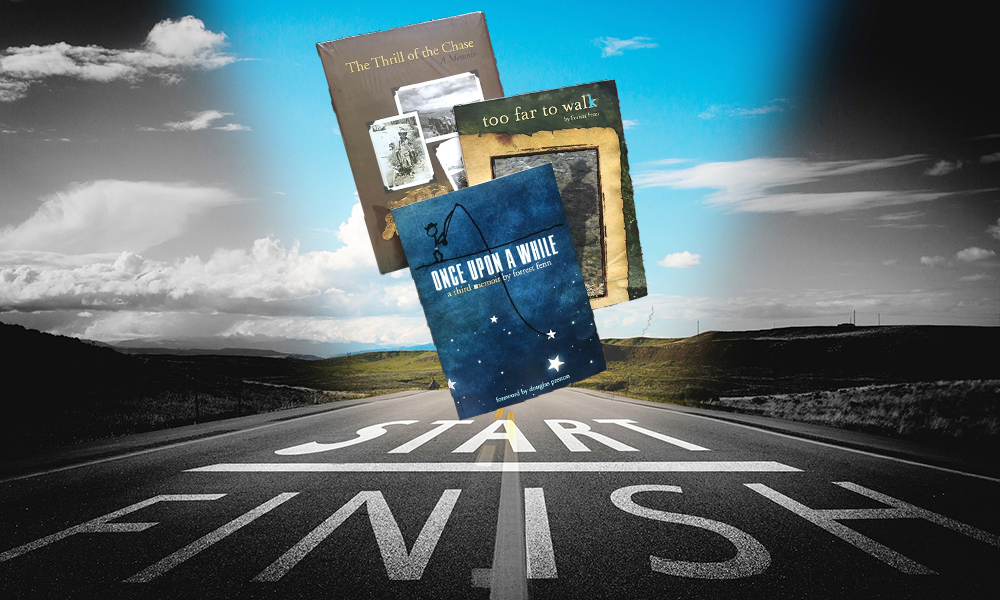 Forrest Fenn Treasure – Is The End Only The Beginning?

Forrest Fenn Treasure – Is The End Only The Beginning?

I don’t know how the Forrest Fenn treasure hunt is going to play out? However, like everyone else I do have my suspicion, though mine seems to run wildly against the grain when compared to other searchers and their traditional sense of perspective on the hunt. Most seem to view Fenn’s poem in terms of way-points and TTOTC being a book that harbors those answers. But I don’t see it as such, my view of the chase and the book reaching much deeper then this. Nor do I believe that the chase will end when this first treasure is found. Yep, that’s right, I think Fenn has created a masterpiece that’s intended to keep giving.

Most searchers are still infatuated with the present but my personal journey has pushed me far beyond the present so that I might gain better insight into all of it, that much bigger picture that includes the past and the present and the future. And if I’m correct, which I believe I am, then the end of the present will only serve to release the future, or what yet lies ahead. If I’m wrong then it’s all been done before and Forrest Fenn has never struck me to be a copycat. No, Forrest Fenn strikes me to be someone who was determined to create something that lasted and on a far greater scale.

One clue of this possibility resides in the charitable donations that he has so meticulously arranged, all of the profits from his treasure hunt being donated to a very worthy cause that he has personally experienced. The second clue of this resides in the details of his hunt, all of the investment and time and planning as well as all of the legal guidance that he admits to having secured during the initial planning of his treasure hunt. The bottom line here is simply this, none of this expense justifies the hosting of a hunt that isn’t going to generate significant profits far beyond that total investment. If this were the case then he would have been far better off, both financially and tax wise, to have simply donated that total investment to his cause and then call it quits. So, for me anyway, none of the original marketing of his treasure hunt squared with the actual motions and events leading up to the treasure hunt itself. There simply had to be something more and it’s only recently that I feel that I know what that is.

The problem with Forrest Fenn’s treasure hunt is that the longer it continues without a recovery the greater the doubt there will be. In other words, people and the media will eventually grow tired of a chase that lacks conclusive credibility. And, unfortunately for Fenn, the only way to provide that lasting conclusive credibility to his hunt is with the eventual recovery of his hidden treasure. Of course, in a traditional treasure hunt of this nature this would signal the end but what if this first discovery was to give birth to a second treasure hunt? And if so, what if this second hunt also produced a second poem and a new set of hints that were contained in either the same book or a new book? BOOM BABY! Both the media and the public would go absolutely crazy, book sales would go through the roof and an iron clad credibility would forever be etched in stone.

One thing I noticed very early on in the chase is that every aspect of Forrest Fenn’s treasure hunt was under his complete and utter control, my undying curiosity driving me to ask myself why? Eventually I produced a couple of videos that spoke about Fenn’s “business plan” and that notion was immediately pushed back by the Fenn community and several business planners. Of course, I knew then that they didn’t know everything that I felt that I knew and not wanting to reveal everything I never pressed the notion. My feeling then, just as it is now, is that time is the only thing that will eventually bring all of this to light if I am correct. And my present feeling is that this time is now very-very close at hand. Why? Well, there are many reasons but below are just a few.

Forrest Fenn has always stated that he never planned to do anything for too long, in fact he has often spoken of one of his personal rules that is relevant to this. And now, just recently, we see that he has announced that he will be pulling away from the public eye and his personal marketing of his hunt. It has been 10 years, a nice round figure, to say the least. Last fall Fenn also eluded to the notion that he had expected his chest to be found, etc., etc. “Ticktock. Ticktock.” And then there’s this, why would someone include a biography in a hidden treasure when that biography already exist and in multiple forms?

“Sometimes a flower has to be plucked so that a bigger and more beautiful flower might grow.”

Are you saying that once you find the treasure, it will lead to another? Anything is possible but I do not know if that would be possible.

I’m suggesting that “it’s possible” that a first recovery might trigger a second treasure hunt. Keep in mind that on top of what I have stated about this possibility that Fenn has even suggested that he wished he had a second treasure to hide in the Appalachians. So what I’m suggesting isn’t without it’s share of circumstantial evidences.