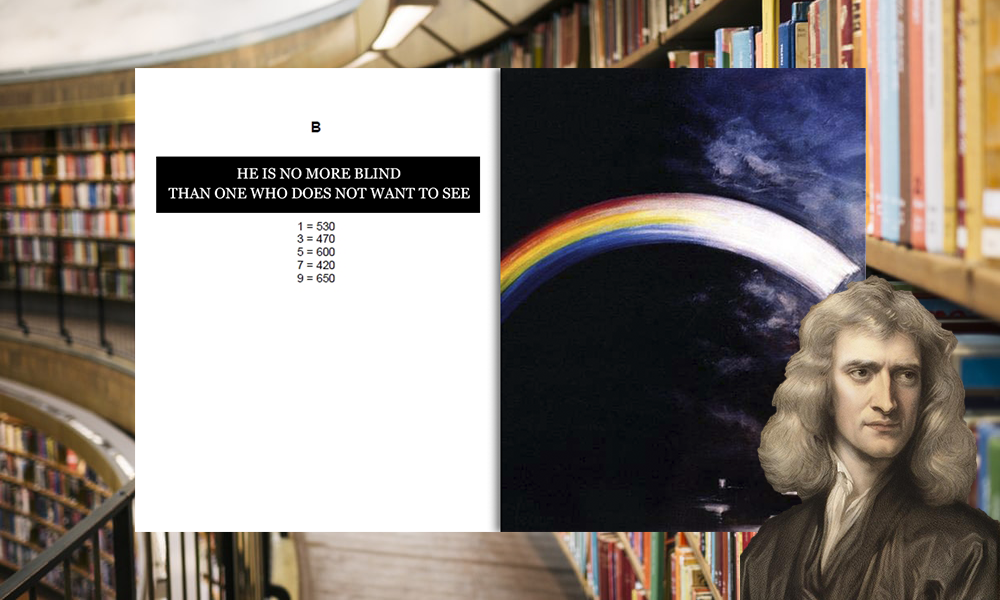 Enigma B comes with a short sentence, a series of numbers, and an image of a statue with a rainbow.  However, the clue itself does not have a number of its own nor does it have a colored owl’s head.

Using the image, Valentine draws out attention towards the colors of a rainbow.  By looking up the wavelengths in nanometers, we find each number corresponds with the number and the owl head color on the other pages.  For example, the clue with 470 has a blue owl head.  Blue has a wavelength of 470 nanometers.

However, one would think that if each clue had the number printed on it, such as 420, one could easily surmise that was the seventh clue from the image above.  But notice the even numbers are missing.  There for we do not know what order to place the remaining clues.  This is where completing this enigma becomes necessary.

If we use Isaac Newtons disc, we can see the colors and nanometer wavelengths.  By using the corresponding color to the odd number enigma’s, we are able to determine the even number clue order.  For example, if clue 1 is 530, it’s opposite would be 780, giving us the clue that follows it.  In this case, clue 2. 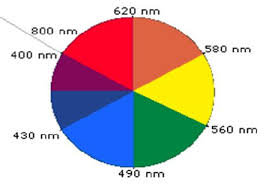 We are to arrive at this conclusion by using Newton’s Disc.  Here Valentine demonstrates the presence of confirmers in the illustration.  Issac Newton was known to have a dog named Diamond.  When we look at the illustration above, one could gather all the information needed without the little dog at the feet of the statue.  By design, this should be there to let you know for sure you got it and move on.

Once this clue was widely solved, Max Valentine did confirm the B Enigma only gave the clue order.  B meaning white, does not have a wavelength which explains why a white owl’s head could not be printed on white paper and be seen.

The clue is widely deemed to be solved.  The correct order of the clues is as follows.